Share a memory
Obituary & Services
Tribute Wall
Read more about the life story of Gerald J. and share your memory.

Coitsville - Gerald J. Arendas, 76, of Coitsville, died Tuesday morning, January 17, 2023, at St. Elizabeth Hospital in Youngstown surrounded by his loving family. He was born December 22, 1946 in Youngstown, a son of Steve and Anna (Kocurek) Arendas and had been a lifelong area resident.

He was a 1965 graduate of North High School and attended Mahoning Valley Vocational School. Following his schooling, Jerry proudly served his country in the United States Army during the Vietnam War. He worked as a machinist for Rex Machine for 33 years, where he was known by his nickname "Cooter." He was a fireman for Coitsville Volunteer Fire Department for 25 years and was a member of Mahoning Valley Firefighter's Association, never missing a meeting in 25 years. He was a lifetime member of St. Michael Byzantine Catholic Church and its Men's Club. He was a member of the church golf league. He was a member and past commander of V.F.W. Post 7538 in Struthers; a lifetime member of the Conneaut, Ohio Fish and Game Club; and a member of G.C.U. Jerry will also be remembered for his love of polka music.

Besides his parents, Jerry was preceded in death by a brother-in-law, Paul Mihaly

Friends will be received 2:00 p.m. to 6:00 p.m. Sunday, January 22, 2023, at the Davidson-Becker Funeral Home in Struthers, where a Parastas service will be held at 1:30 p.m. A Panachida service will be held at 10:30 a.m. Monday at the funeral home followed by a Funeral Divine Liturgy at 11:00 a.m. at St. Michael's Byzantine Church in Campbell. Burial will follow at St. John the Baptist Catholic Cemetery in Coitsville.

Condolences may be sent at www.beckerobits.com. 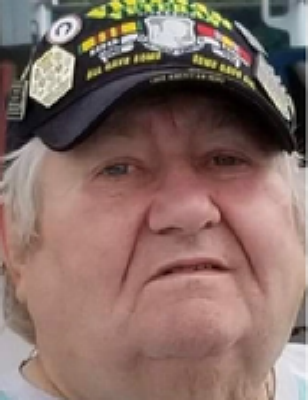