Share a memory
Obituary & Services
Tribute Wall
Read more about the life story of John and share your memory.

Poland - John Michael Pokrivnak passed away Friday morning, January 13, 2023, at his home surrounded by his loving family and the amazing staff of Southern Care In-Home Hospice.

John, known by his family and friends as "Pokey” or “Butch", was born September 26, 1944 in Youngstown, OH, son of the late John F. and Mary (Repko) Pokrivnak.  John attended St. Matthias School and was an avid youth baseball player.  John was known in high school as the best jitterbug dancer.  He graduated from Cardinal Mooney High School in 1962 and was a lifelong resident of the Mahoning Valley.

After high school, John enlisted in the U.S. Navy and served on the ship The USS Glacier with his home ports of Christ Church, New Zealand and Boston, MA.  He was in a band with other Navy buddies, attended many Navy reunions, and he earned the Antarctic Service Medal during the Vietnam War.  He was proud to serve his country and to be a Navy veteran. John returned home to the Youngstown area and worked for the U.S. Postal Service for 34 years. He started as a mail carrier and retired in 1999 as a delivery supervisor.  He was considered a great supervisor at the Post Office, always being there supporting anyone in need.
Many were touched by his kind heart, his wit and sense of humor.  He had many interesting Navy stories, including one about meeting singer Joan Biaz in Christ Church, New Zealand.   The role John cherished the most was being a Papa and the kids adored him.
John loved listening to oldies music, something he shared with his youngest son David from the day he was born.  He enjoyed participating in music trivia contests which he often won; he even was a disc jockey for a while.  He wrote a song with Larry Kennedy of the Jellybricks Band, and with Rick Blackson (& Mary Jo Maluso).  John was an avid and excellent golfer and enjoyed teaching the game to anyone who wanted to learn. He taught youth with challenges with the help of his grandson B.J. whom he nurtured through school golf teams and beyond.  One of his proudest life accomplishments was his perfect driving record, never being involved in any accidents or receiving any tickets.
John is survived by his loving wife of 39 years, the former Cathy Lou Rushton-Baytos, whom he married on December 18, 1984; three children, Stephen C. Baytos IV (Kelly Oliverius) of Cuyahoga Falls, OH, Susan C. Carosella (John Howiler)  of Poland, OH, and David John Pokrivnak (Sara Oliver) of Howland, OH; seven grandchildren, Stephen Baytos V, Sydney Baytos, Brandon (B.J.) Schmitt, Morgan Baytos, Blake Carosella, Caine Carosella, and Sylvie Pokrivnak; a nephew, Geary (Holly) Macovitz of Struthers, OH; two nieces, Jill (Dave) Harman of New Middletown, OH and Andrea (Anthony) Solazzo of MD; four great-nephews, Tyler Cronie, Danny Solazzo, Owen Macovitz, and Ian Macovitz; and two great-nieces, Alexis Mcloskey and Livia Solazzo; also uncles, aunts, numerous cousins and so, so many friends.

Besides his parents, John was preceded in death by his precious granddaughter, Emily Marie Baytos; and a sister and brother-in-law, Jeanne and Daniel Cronie.

Due to a family member's allergy to fresh cut flowers, the family is requesting that all material tributes take the form of nothing with fresh flowers.  Alternatively, contributions made be made to Protestant Family Service Nonprofit & Pantry, 2915 Glenwood Avenue, #6, Youngstown, OH 44511, in memory of John or contributions to the family as a scholarship will be set up in John’s name. 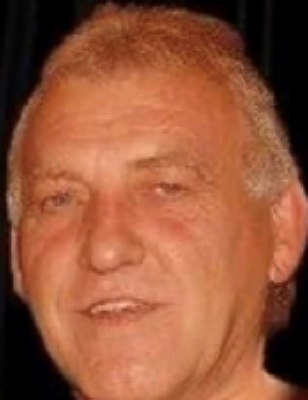