Share a memory
Obituary & Services
Tribute Wall
Read more about the life story of Mary Lou and share your memory.

Lebanon-Mary Lou Weibel, 89, passed away peacefully in her sleep on January 11, 2023 at Otterbein Senior Living Center in Lebanon, Ohio. Prior to moving to Otterbein in 2017, Mary Lou was a long-time resident of Boardman, Ohio. She was born on March 16, 1933, in Fairmont, West Virginia to Heschel and Edna Rust and was preceded in death by her sister, Edna Merle Lotherington and her loving husband of 52 years, Keith Weibel.
Mary Lou was a graduate of Fairmont State College, with a degree in Education. After college she moved to Detroit, Michigan where she taught both English (a curse for her children) and Music (which proved to be a blessing). Gifted with a beautiful singing voice, music was a passion for her in Detroit where she met Keith at Central Methodist Young Adult Fellowship.
The story of her life was centered around a love for not only music but also for her children, grandchildren, travel, girl scouting, gardening, bird watching, historical romance novels, church and a devotion to God. Mary Lou was an active Girl Scout Troop Leader, heading multiple treks to Girl Scout National Center West in Wyoming. She led another contingent of Girl Scouts on a European tour. She was part of the Lake to River Girl Scout Council management after years of leading troops.
However, her leadership skills reached far beyond girl scouting, as she was a dedicated member of the Youngstown Symphony Guild for many years. She held roles as Recording Secretary and Symphony Ball Chair, eventually serving as President. Mary Lou was also an active member of Boardman United Methodist Church and she sang in the choir for over 40 years. Her vocal talents were also shared with the Youngstown Symphony/Opera Chorus, Seraphim Chorus, the Westminster College European touring choir, and the church choir at Otterbein UMC while still living there independently. For years she combined her love of teaching and music as a piano teacher with after-school students who filled her house with scales and songs.
Mary Lou had an unbridled wanderlust and enjoyed encountering cultures around the world. This love of travel was passed on to her children through family driving trips across the United States. She made sure the crew of six never missed a National Park or other attraction that could provide a teachable moment.
What Mary Lou will be most fondly remembered for is her appreciation of family, including her dogs and cats. She poured her heart and soul into raising her kids and their kids. She is survived by her children, Kurt (Gail) Weibel, Holly (Scott) May, Brett (Son Hui) Weibel, Derek (Tracy) K. Weibel; and her grandchildren, Alec (Jennifer) May, McKenna May, Jaron May, and Avery K. Weibel.
Friends and family may pay their respects during visitation at Davis-Becker Funeral Home, 8536 Market St., Boardman  on Friday, January 20th, 4:00 p.m. to 6:00 p.m. The service celebrating Mary Lou’s life will be in the Chapel at Boardman United Methodist Church 6809 Market St., Boardman on Saturday, January 21st at 11:00 a.m. with Pastor Jerry Krueger officiating followed by burial rites at Forest Lawn Memorial Park in Boardman.
In lieu of flowers, the family is requesting material tributes take the form of contributions to Boardman United Methodist Church Music Ministry, 6809 Market Street, Boardman, OH., 44512 in memory of Mary Lou.
Please visit www.beckerobits.com to share memories and online condolences with Mary Lou's family. 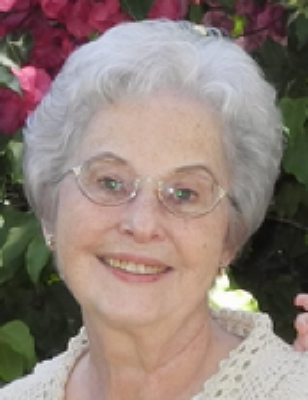